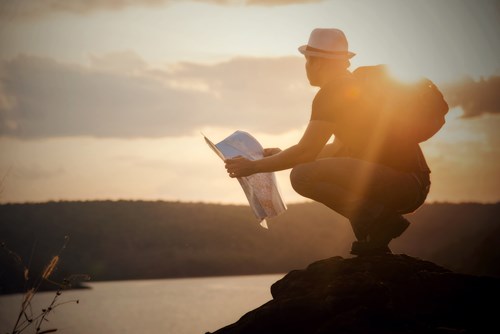 Top 5 Mistakes Made By Rookie Expats with Health Insurance

According to Fox News, one of the worst mistakes made by American travellers is the assumption that nobody else speaks English abroad. Whether it's making snide remarks or being blatantly rude, U.S expat and travel advisor Rease Kirchner told the news outlet that she is often "appalled by the number of rude conversations I don’t even have to try to overhear. Many tourists will make loud comments on how a local looks or complain about service as if everyone around them is deaf. It is so arrogant and ignorant to assume others cannot understand your inappropriate remarks."

Personal finance mobile app Mint.com, on the other hand, says that the biggest mistakes rookie travellers can make is being unfamiliar with international currencies, and they urge travellers to brush up on their knowledge before they take off.

Whether you're a frequent flyer or a novice nomad, travelling to another country means contending with a new set of rules and norms, and often an unfamiliar language, so every traveller is likely to make a few mistakes. Besides the no-brainer decision to claim expat health insurance, here's a list of the top five first-time travel blunders and how you can avoid making them yourself.

Darcie Connell at Mint suggests that newbies should "avoid changing large amounts of money at airports or hotels. They charge high transaction rates because of their convenient location. Instead, change money at a local bank to get a better rate." Once you've dodged that first and biggest mistake, she also recommends you steer clear of travellers' cheques. While they might seem like the safest route, Connell warns that "most banks charge a fee to issue and process travellers' checks, so you’ll be paying for the checks upfront and to cash in the foreign country."

Will Thomas from Tuxedo Money Solutions says that prepaid cards are the modern equivalent to travellers' cheques, labelling the old method as "outdated and inconvenient." Thomas adds, "prepaid travel cards are ideal for both rookies and seasoned jet-setters. Our cards are used by superyacht owners and backpackers alike because they're the safest, easiest and most cost-effective solution."

When you're abroad, it pays to have a combination of credit cards, prepaid currency cards and cash. Keep them in separate locations in the event that one is lost or stolen.

Only someone who's never booked a holiday would ever pay full price for anything. With so many options now available for booking holidays, there's no excuse for paying full price on flights or accommodation. Connell says that "hotels such as Choice Hotels and Hotel Indigo offer up to twenty percent off your hotel if you book an advance purchase rate, which means you pay for the hotel in advance, not at check-in." But she also warns that often these great deals are non-refundable. Various other websites like Lastminute.com, Priceline.com and Hotwire.com specialise in unsold rooms at hotels and offer exciting discounts, but the risk of missing out is a possibility.

Price comparison websites, like Skyscanner.net, will give you a broad range of flights available to your destination, giving you the option to select fewer stop-overs, shorter transfers and flexible dates to ensure the best prices.

Claimed your international expat health insurance? Soak up on some book reading and discover the Best Books for Expats and People Planning a Life Abroad.

A simple safety rule when travelling is to refuse the help of anyone who approaches you. Even though they might seem like the most friendly local, they often either have an agenda, something to sell or just have plain ill-intentions.

Jennifer Kellas from Muyeson Guides told Fox News that you should never keep your wallet and your passport together or within easy reach, advising green travellers to use a shoulder bag instead of a backpack, and always secure valuables “inside, in a zipped pocket.” Another travel blogger Cynthia Clampitt said she can't believe people who wear "great gobs of expensive jewellery in developing countries. At the least, it reinforces the idea that we are insensitive. But I've known several people who had things stolen. You don't want to draw too much attention to yourself, and certainly not with stuff that looks like it can be fenced.” There is plenty of advice out there for those new to travel who want to protect themselves. The Australian Government's Smart Traveller website offers loads of tips on how to stay safe abroad, including everything from safe practice at internet cafes to the best insurance policies.

The New York Times' travel reporter Susan Heller famously said, "when preparing to travel, lay out all your clothes and all your money. Then take half the clothes and twice the money." It's a well-known rookie mistake to over-pack, and it results in over-heavy luggage that literally weighs you down every step of the way, not to mention costing you money.

Someone who's never travelled might not know that there are luggage allowance restrictions on every airline or that there are increasingly tough restrictions on carry-on bags. Liz Weiss told The Huffington Post that "with steep checked-baggage fees increasing already lofty flight costs, experienced globetrotters often suggest stripping down to the absolute essentials. Add the burden of shouldering a bulky bag along with spreading out terminal walkways, and you can see why savvy travellers are taking advantage of smart, minimalist packing." She lists some tips to lighten your load, including making a checklist, packing neutral shades, packing ahead of time, learning to layer and researching the best ways to pack and fold your clothing.

When it comes to the big question "what to wear?" the best advice is to just dress as you normally would. While the fashion websites and brands will encourage you to go for resort wear and outlandish prints, dressing like a wealthy jet-setter will only end up attracting the wrong kind of attention, especially in developing countries.

One of the biggest mistakes a rookie traveller can make is to be insensitive to the world at large. Take a bit of time to research where you're travelling to and what might be appropriate attire. If you're going to a highly religious country, whether it's Vatican City, Bangkok or Beirut, respect the culture by remaining well covered. If you're planning on pounding the pavement in any European city, wear your usual wardrobe; don't invest in hiking boots and a comfortable backpack, or you'll just become an easy target for local thieves. The way you present yourself can either help you become an invisible visitor or be spotted as the first-time traveller you are.

And, of course, not getting the right kind of expat health insurance! It may seem obvious to some, but you'd be surprised how many people forget about it and put themselves at risk whilst abroad.

Wherever you are travelling in the world, it's important to understand the country's healthcare system. This means you will need the best expat health insurance for you.

Click here to fill in our short form and one of our expat health insurance experts will get back to you.