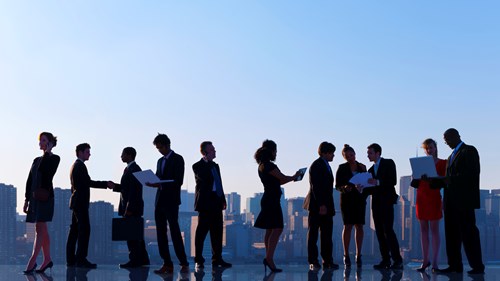 International Business Etiquette Around The World

At Medibroker, we specialise in helping professionals embarking on international assignments overseas find their ideal private health cover. We understand the cultural differences in boardrooms around the world and want to help you prepare for your move abroad.

Though many international offices are likely to be full of English speaking expats like yourself, who share your customs, you should still prepare to negotiate with those from the local culture.

Appointments are always necessary; you should never just ‘drop in’. The further south you are, the more relaxed the approach to punctuality is. French colleagues sometimes consider it their prerogative to arrive late, so don’t expect apologies.

You should include your academic degree or title on business cards.

Casual Fridays are not the norm. Appearance is important, and you should wear the best quality clothes you can afford, as this indicates success. Avoid wearing blue shirts and never take your jacket off first. The famed kiss on each cheek should start to your left; cheeks may touch, but lips shouldn’t.

If you do not speak French, an apology for not knowing their language may aid in developing a relationship. The “vous” or “formal you” is obligatory in business culture. You may be invited to use ‘tu’, but until you are, it is safer to use “vous” to avoid causing offence. Expect direct questions.

Italian meetings are usually less formally structured than British meetings. Time may not be considered as important as the relationships involved, and a break for coffee may be normal to establish a personal relationship before business matters are dealt with.

Italians are accustomed to and are comfortable with meetings where speakers interrupt and overlap each other. There will also be a higher level of ‘passion’ expressed to demonstrate commitment to the topic. Expect lengthy negotiations.

The handshake should be limp, and you should avoid eye contact. A slight bow can show courtesy. Punctuality is important

In a negotiation meeting, you may experience what you would view as an uncomfortable silence as your colleague considers what you have said. Don’t try to fill the silence.

Loyalty and respect are paramount in Japanese business culture. You should nod to show you are paying attention when someone is talking, and you should always make sure you aren't standing too close to a Japanese person.

Japanese may exchange business cards even before they shake hands or bow. Be certain your business card clearly states your rank. This will determine who your negotiating counterpart should be.

Bear in mind that initial negotiations begin with middle managers. Do not attempt to go over their heads to senior management. It takes several meetings to develop a contract. When the time comes, be content to close a deal with a handshake. Leave the signing of the written contract to later meetings. Never turn down a drink.

Forget about the private health cover cost, before anything else you should make sure you have all the 6 Qualities You Need to Become an Expat.

At Chinese meetings, it is normal to expect a large number of attendees on the Chinese side. Some of them will be ‘juniors’ who are attending to gain experience in meetings with Westerners, and they won’t participate in the discussions. Others will be representatives from the various parts of the organisation that will be directly or indirectly affected by the deal under discussion. The final agreement will be made collectively, so everybody involved must be present.

Identical clothing is typical in China – partly to do with the ethics of equality and partly to do with being a collective rather than individualistic culture. However, rank is crucial when negotiating – never send someone of a lower rank to meet a superior.

South Africa is a diverse nation, so it’s difficult to generalise. However, most South Africans strive for consensus and win-win situations and often use metaphors and sports analogies to demonstrate a point.

Most South Africans prefer face-to-face meetings to more impersonal communication mediums such as email, letters, or telephone. These meetings should be scheduled very far in advance.

South Africans are transactional and do not need to establish longstanding personal relationships before conducting business. However, relationships are crucial for long-term business success. When negotiating, be realistic with your offer and don’t haggle too much.

Generally, the working week is Sunday through Thursday, which can take some getting used to.

Status is integral – greet the most senior person in the room first. Clothes should be conservative and immaculate.

Handshakes often last longer than you may be used to, and Muslim women generally don’t shake men’s hands. In terms of personal space, Middle Eastern associates may stand a lot closer than necessary. You could offend them or appear rude if you show surprise or try to step away.

Doing business in the UAE revolves around personal relationships with your colleagues. It’s normal to enquire after the person’s family and their health, though don’t ask questions about female relatives.

Singapore adopts a collectivist culture with a rigid business protocol. It's all about ‘saving face’, so never say anything aggressive that will put someone on the spot or embarrass them with a direct statement. Singaporeans are sensitive to this and strive for harmony. They will avoid giving you an outright negative reply to sustain a relationship and avoid causing you to lose face.

Age and status are still respected. The oldest, most respected person will be introduced first and served first. Your non-verbal communication is crucial, and you should not speak just to fill the silence, as this indicates the person is taking time to consider what you said. Give and receive business cards with both hands, handling them carefully to show respect.

Are you going on an expat assignment anywhere in the world? You should make sure you have a compliant private health cover plan that meets your needs.

Click here to fill in our short form and one of our Medibroker private health cover comparison plan experts will get back to you.