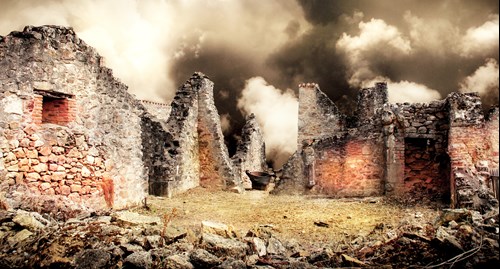 If you are relocating to a country where security is an issue, you must have the right expat health insurance. Medibroker helps people living around the world find the best insurance plans for their specific needs, including finding cover for expats living overseas in hostile or war-torn countries. Historically, it was industries such as oil and gas, mining, and extracting that exported workers to these sorts of places, but we're increasingly seeing a more diverse range of workers going to frontier markets. While some policies include cover against terrorist attacks, in today’s world, conflict is not solely confined to war zones. So, what types of insurance are available for expats living in hostile countries, and what is the extent of that cover? Joe Thomas, Business Development Director at Medicare, one of the insurance providers we work with, explains how insurance providers have developed plans suited to modern reality; "Organisations such as NGOs and charities are frequently located in conflict areas where a war might not officially be raging, but where security is a live issue. However, securing international expat health insurance cover for individuals living and working in such passive war zones can be as problematic and difficult as the work they are doing."

Working in hostile environments: The risks.

If your company sends people to countries where their health and safety may be at risk, you as an employer have both a legal and ethical duty of care towards them. You should provide the best expat health insurance plan tailored to expats in conflict zones to ensure individuals can be cared for, and if necessary, evacuated in the event of illness or accident. Workers posted overseas face both security and health risks. Security risks can include natural disasters, geopolitical instability, or crime. Whereas medical risks can encompass endemic diseases, such as malaria and Dengue fever – threats employees tend to overlook because they are less concentrated in the media than the more overt geopolitical issues. Medibroker can guide you to a plan that provides ‘passive war’ cover for expatriates living and working in the world’s hot spots; this can include protection for war and terrorist attacks. Evacuation cover is likely to be particularly relevant in conflict zones, where local medical facilities may be damaged, or supplies of medication and blood for transfusions may be an issue. If you plan on moving to a country that's classed as 'hostile', you will need expat health insurance from our Medibroker experts so you can avoid the potential risks that come with living abroad.

Case Study: Why expat health insurance is vital for expats in war-torn countries.

Joe told us about the case of a freelance reporter, who was on an assignment in Afghanistan when he was seriously wounded by one of the many insurgent groups there, to illustrate the importance of having international expat health insurance cover. Shot in an ambush, the injured reporter was admitted to a local military hospital intensive care unit, where he was treated and stabilised for gunshot wounds to the chest. He was operated on immediately and flown out of Afghanistan on a German military flight at the cost of $5,000. The price for the military flight and the surgery eventually totalled £35,533.66, but luckily, he will make a good recovery. If you want good value for money on your medical health insurance, get a quote today.

The reporter probably owes his survival to the fact that he was able to be treated rapidly and then evacuated. Without international expat health insurance that included evacuation cover, this may not have been the case.

For freelance workers, NGO and voluntary aid teams, ready access to good quality international private healthcare for front line staff are essential. The speed with which patients get treated is often a factor in how quickly they can recover. This is particularly the case in countries like Afghanistan and Iraq, where the medical infrastructure has been torn apart. Access to basic lifesaving procedures, such as intensive care, can be difficult, making evacuation to a suitable local medical centre essential if lives are to be saved. In such circumstances, it's reassuring to know that Medibroker is on hand to recommend the best expat health insurance policies that cover an insured person to be airlifted out, should the need arise.

If you are living abroad in a hostile country it's important you protect yourself from any potential threats.

Fill in our short form and one of our expat health insurance experts will get back to you.