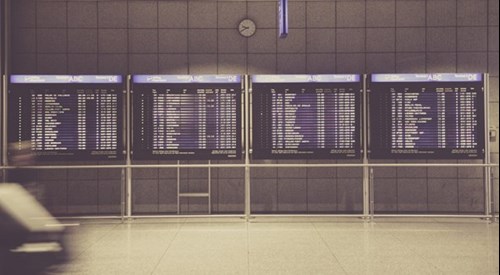 Working abroad can pose difficulties for the savviest international businessperson. While long-haul flights can leave even seasoned travellers bleary-eyed in the boardroom, the yearning desire for home comforts can also make working overseas challenging.

Fortunately, apps for business travel are making it easier for professionals to stay at the top of their game in the international office. There are plenty of apps that help travellers and fresh-faced backpackers get around, but which apps should professionals working abroad have in their arsenal?

At Medibroker, our team of medical health insurance advisors find the best expat health insurance plans for companies with a workforce overseas and individuals moving abroad, so we've learned a thing or two about their needs. The business travel apps we have tested will help people who travel for work to integrate with their new culture and surroundings or connect with the people they left at home. Whether you work in Dubai, Taiwan or Ecuador. Download these top apps for international business travellers now.

#1: Viber (Best app for keeping in touch with home)

Avoid hefty charges and stave off homesickness with Viber's free calls and texts to other users. You can also call any number (even a landline) that doesn't have Viber at low rates using ViberOut. Viber uses your phone number as your "identity" and lets you make free Viber phone calls to any of your friends who have Viber - using THEIR phone number, meaning no annoying registration process.

Similar to Spotify, it’s a music-focused social network - but for your favourite radio stations. If you’re missing that late-night show host’s soothing tones or want a bit of familiarity during an otherwise unfamiliar drive to work in your new country, download TuneIn to listen to over 100,000 radio stations. There are also more than four million podcasts streaming live from every continent.

Not even health and medical insurance can save you from the dangers of jet lag. Why add exhaustion to the list of things you’ll have to get your head around during your first few days in a new country? Monitor your body clock using your smartphone to adjust to new time zones and schedules – meaning you can fight with the delivery man with a full tank of steam.

Claimed medical health insurance and want to live abroad? To prepare for being an expat, read our piece on the Best Books for Expats and Planning a Life Abroad.

Impress international business partners by taking them to a local haunt in their own hometown. Unlike other apps, Findery doesn't focus on the popular restaurants or busiest bars. Instead, Findery is about uncovering hidden secrets and local knowledge, all of which is entirely sourced from Findery users' personal recommendations. Findery allows you to leave or view digital "notes" that have been secreted all over the globe by other travellers and will add flavour to your destination.

#5: The Outbound (Best app for enriching your experience)

Rapidly approaching 100,000 travelling users in almost 200 countries, Outbound is the new app uniting like-minded travellers. The best feature is a handy WI-FI finder to ensure you always have internet access (every business traveller's dream come true). This app is a must for people who want to get the most out of their time abroad.

With over 25 million downloads, XE Currency is the most downloaded foreign exchange app. It offers international travellers live proprietary exchange rates and historical charts. Plus, it stores the last updated rates, so it works even when the Internet doesn't.

In case you haven't already, you need to think about medical health insurance. If you're planning on moving abroad and these apps are of interest to you, you will need a health and medical insurance plan that complies with your country's regulations.

Click here to request a free medical health insurance quote from the expert team at Medibroker and we will get straight back to you.