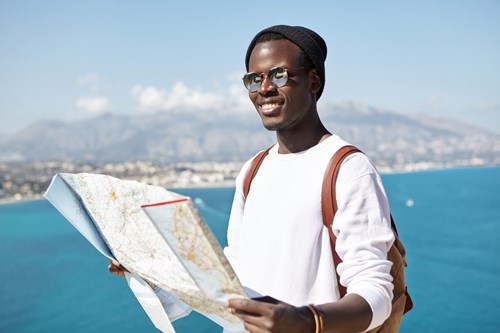 5 Things I Wish I Knew Before Becoming An Expat

Life as an expat wherever you are in the world offers an array of opportunities, experiences and life lessons. At Medibroker, we make sure our clients have the right overseas expat health insurance plan to allow them to enjoy all these things as much as possible, and we've seen a huge increase in people choosing Bangkok. Here, blogger Anna tells us the things she wishes she had known before she moved to the Thai capital.

If you're planning on moving overseas and aren't sure what to expect, read on. Anna's words of warning aren't just limited to Bangkok but apply to expats living across the globe!

I have lived in Bangkok for a little over 18 months now. The time has flown by so far, and there are days I cannot remember what it was like not to live here. I moved to Bangkok when I was 31. This was the first time I had spent more than three weeks in a foreign country, let alone living in one! I had no idea what to expect, but here are five things I wish I had known:

As I mentioned above, my only experience of being in a foreign country was going on holiday. Therefore when I packed my two suitcases ready to start my new life in Bangkok, I automatically filled them with clothes. After all, that’s what goes in suitcases, right?! In hindsight, I wish I had filled them with personal treasures and knick-knacks that would have made those first few weeks and months perhaps a little easier. Clothes are just clothes, and if there is one thing Bangkok is not lacking in, it's shops!

#2: Social media is a great tool

Make social media your new friend. It can be hard starting a new life and moving to a country knowing no one. In the UK, I had used Twitter only to follow celebrities. After a week in Thailand, I searched 'Bangkok' and began following everyone who looked like they might have some vague connection to the city. This turned out to be an invaluable source of information, from finding out where to source products I missed from home or the best restaurants to try, but it is also how I made many of my best friends. Facebook and meetup.com are also helpful, as are local expat forums.

Claimed international expat health insurance but still undecided on where you want to move? Read our blog on Moving Abroad & Deciding Where To Move.

#3: Most people hate the first 6 months

I hated Bangkok the first six months I lived here. I didn’t have many friends, I wasn’t working at the time, I didn’t know the language, and truth be told, I found the constant hot weather suffocating. I felt bad for complaining - who was I to think I was poorly done by, living what many would perceive to be a life of leisure. The more people I got to know, the more I discovered I was not alone in feeling like this. Moving to a new country is hard work – don’t let anyone tell you otherwise!

Again this may seem a little obvious, but it’s true. I have found it extremely difficult learning how to speak Thai and therefore did not put much effort in beyond “hello”, “goodbye”, and my numbers 1-10. I didn’t work for the first nine months that I lived in Thailand, but after I started working for a Thai company, I learned more Thai in my first week than in nine months of living here. Being able to communicate has made a big difference to my life outside of work, too!

#5: Don't make assumptions based on your home country

Taxis in the UK were pretty expensive, so I presumed this would also be the case in Bangkok. I rarely took them in my first six months of living here, until one day I realised just how cheap they were! All that time, I had been lugging around heavy bottles of water in the hot weather for nothing! From this, I learned to either try everything once or at least ask someone who might know the answer before making any more assumptions about Thailand!

If you are considering a move to Thailand or anywhere else in the world, you're going to need the best expat health insurance.

Click here to request a free expat health insurance quote from the expert team at Medibroker and we will get straight back to you.